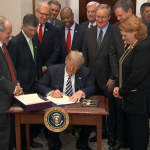 Clayton to Unveil ‘Have It Made’ Campaign Promoting Homeownership

Clayton to Unveil ‘Have It Made’ Campaign Promoting Homeownership National homebuilder encourages home buyers to consider Clayton Built® homes as solution to affordable housing crisis Sep 1, 2017 MARYVILLE, Tenn., Sept. 1, 2017 /PRNewswire/ — Clayton, one of the largest home builders in America, is kicking off its biggest marketing campaign to date focused on how its building process can help provide affordable housing to hardworking families. Experience the interactive Multichannel News Release here: The Have It Made® initiative will launch nationwide on Sept.

As reported by the National Fire Protection Association Fire Safety in Manufactured Homes About manufactured homes Manufactured homes (sometimes called “mobile” homes) are transportable structures that are fixed to a chassis and specifically designed to be towed to a residential site. They are not the same as modular or prefabricated homes, which are factory-built and then towed in sections to be installed at a permanent location. In order to distinguish between modular, prefabricated and recreational trailer homes, the following definition 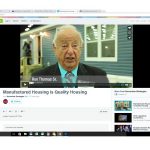 We’re just back from the 2016 Louisville Home Show where we saw new models, great new features, bigger houses, the latest in energy efficiency, and many of these homes can be built to your own specifications. Manufactured homes have changed dramatically since their humble beginnings. The quality is outstanding. The choices are endless. Click Here to Hear More! 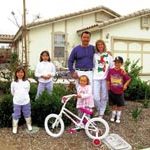 Frequently Asked Questions about Manufactured Homes Frequently Asked Questions about Manufactured Homes If you have decided that a manufactured home may be the home choice for you, but you still want to know more about the purchase and move-in process, read on to find the answers to the most frequently asked questions. What can I afford?  Your consultant will meet with you to “pre-qualify” you for your mortgage (if you’re placing your home on private property) or for your consumer 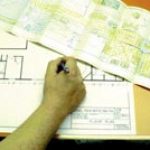 ‘Floored’ by Options A U.S. News & World Report article described one family’s manufactured “dream” home: the “three bedroom home boasts a master suite with walk-in closet and bath with sunken tub and double sinks. There’s an eat-in kitchen, formal living and dining rooms and a den with a fireplace.” Little wonder,” the magazine mused, that “there’s a ton of interest in manufactured housing,” a type of housing it called the nation’s fastest growing. Today’s buyers can get quality and design that

Inside a manufactured home 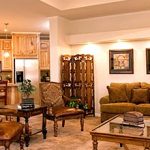 Inside a manufactured home There are two ways to build a home. Outdoors in the elements … where materials, workers and the entire homebuilding process are at the mercy of Mother Nature. Workers are limited to the use of only basic tools. It’s also a place where construction can come to a halt for long periods of time because of the shortage of workers, or weather conditions. Or, you can choose to have your home built in a controlled, modern

Is It Manufactured, Modular or Mobile? 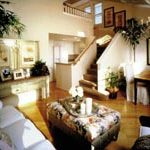 Is It Manufactured, Modular or Mobile? Manufactured, modular and mobile are terms that are often confused. Although they are all types of factory-built housing, there are some differences. Manufactured Homes A manufactured home is defined as a structure built on a permanent chassis that can be used with or without a permanent foundation when connected to the required utilities. Additionally, it is constructed in a factory with federal standards enforced by the U.S. Department of Housing and Urban Development. These