Who is OMHA?
The Ohio Manufactured Homes Association is a not for profit organization, whose strategic vision strives to make manufactured housing a standard way of life in Ohio.

OMHA’s Mission
To help people experience the lifestyle associated with home ownership in the most economical way. Whether it’s in a planned community or on the land of their choice, manufactured homes exist to provide comfort, safety and convenience, in the most economical and desirable way. Follow this link to see our Code of Ethics.

Tim joined OMHA in 1995 as Executive Director after serving in government at the local, state and federal levels as an elected official and political appointee. He is a former Canton City Councilman (’88-“89)

Tim has many years of business executive experience including serving as a Vice President of Human Resources with American Modern Insurance Group and leadership positions with Diebold, Incorporated (’79-’89). Tim also raced in the U.S. Legends Stock Car National Series from 1996-2010, in which he won two State of Ohio championship titles and a national championship 8th place finish. Tim earned his B.S. degree in Criminal Justice Administration from Kent State University in 1978.

Elizabeth Birch was born and raised in Cleveland, Ohio.   She has lived in Cincinnati and currently resides in Columbus, Ohio.  Elizabeth received a degree in Political Science from Kent State University with honors and her J.D. degree from the Case Western Reserve University College of Law.

Andrea been with the Ohio Manufactured Homes Association for nearly 10 years and has served as Assistant Director since 2007.  Prior to moving back to Ohio, Andrea spent 4 years in Washington D.C. where she worked for Senator George Voinovich and the Department of Homeland Security.  In 2010 she earned a Masters in Marketing and Communication and is currently pursuing her CAE certification.    Andrea is a member of the both the National and Ohio American Society of Association Executives and Public Relations Society of America.  She also participates in a Miami University Alumni Mentoring Program Columbus Chapter.  In her spare time Andrea and enjoys spending time with her husband and two children and boating on Lake Erie in her home town Port Clinton, Ohio. 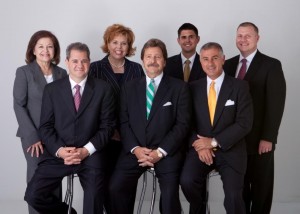 With over one hundred years of combined experience, Governmental Policy Group, Inc. is a legislative and regulatory consulting firm that offers a full range of services designed to support private sector businesses and associations in dealing with national, state and local governments.  The firm utilizes the support of several premier governmental relations experts who specialize in activities at the state and federal levels of government and governmental structures of every major metropolitan center in Ohio.

What Our Members Are Saying:

OMHA is the watchdog that watches over our industry and our investments. OMHA lobbies and watches for potential threats to our industry. Collectively we have a larger voice.”

I have been in the manufactured housing industry since 1962 and the Ohio Manufactured Housing Association is among the top 3 (if not the 1st) state association in the entire industry.

I would encourage anyone to join and take an active part with this organization."